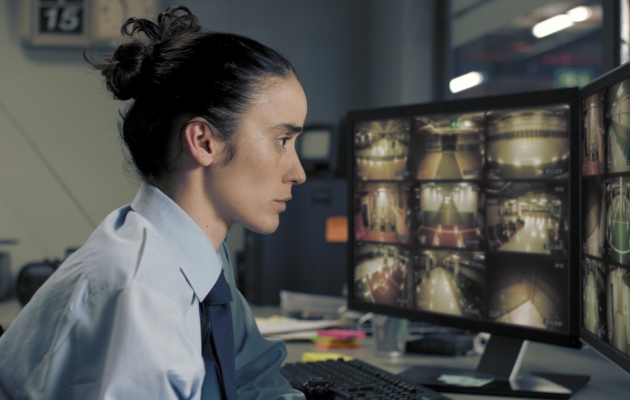 Luna and Diego are the parking lot security guards. Diego does the night shift, and Luna works by day.

Juanjo Giménez Peña was born and lives in Barcelona. He has directed a few shorts awarded at national and international festivals. He is the director of the feature films Tilt (2003) and Dodge and Hit (2010, co-directed with Adan Aliaga), and Contact Proof (2014). He’s also the founder of the production companies Nadir Films and Salto de Eje.