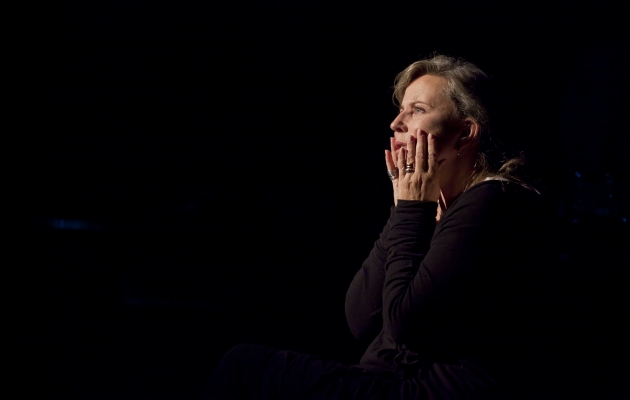 “Danuta W.”, a well-known monodrama by Krystyna Janda, based on the best-selling book written by Danuta Walesa, will add splendour to the 11th edition of the Tofifest IFF. This stage performance will have a special guest — Danuta Walesa , who is the protagonist portrayed in this play. This way, Tofifest, which has been particularly focused on promoting women for many years, will pay tribute to a heroine of Polish contemporary history.

“It was the most difficult experience in my entire professional career,” said Krystyna Janda, following the premiere of “Danuta W.” This stage performance has been based on the best-selling autobiography of Danuta Walesa, published under the title “Dreams and Secrets”. Directly after its publication, Krzysztof Materna was quoted to have said about Danuta Walesa: “You are the greatest rally in Poland.” The wife of Lech Walesa has decided to accept an invitation from Kafka Jaworska, director of Tofifest, and will come to visit Torun. Krystyna Janda and Danuta Walesa will have a meeting with the audience, following the performance.

The performance has met with a very emotional reception. It includes critics, who are usually very lukewarm in their opinions. “It is the most political of Janda’s performances yet”, wrote Roman Pawlowski from Gazeta Wyborcza Daily, and added: “This is a political performance on Janda’s part, as it lets women excluded from history have their say.”

Tofifest has always been a festival with a strong feminine trait. Since the film about Lech Walesa is about to be released in cinemas, Tofifest has decided to include a stage performance about the wife of the leader of Solidarity, in its programme, as we have this innate spirit of rebellion and contrariness. It is also a great comeback to Tofifest for Krystyna Janda. It is worth mentioning that the actress was awarded a Special Golden Angel for Artistic Insolence, during last year’s edition of Tofifest.

When building her character, Janda decided no to pretend to be somebody else. “I have stripped the story of Danuta Walesa of all decorations. I choose each word very carefully. I believe it is a material for an ancient Greek drama,” she said in one of her interviews. Therefore, Janda does not play Danuta Walesa on stage, she does not pretend to be a simple girl, who comes to Gdansk from a godforsaken village and becomes a mother of eight children. Instead, Janda plays herself, i.e. a great actress from Warsaw, who walks in high heels in state-of-the-art kitchen. However, she still remembers the sentence which motivated the stage adaptation (prepared in cooperation with Janusz Zaorski) of this over 500-page book: “There would be no Lech Walesa, if it had not been for the sacrifices and strength of Danuta Walesa.”

“Danuta Walesa has broken the monopoly of men to tell their stories, and in Krystyna Janda’s performance we hear the voice of a woman, who is looking at the Polish revolution, from her own perspective,” said critics. Tofifest joins in the campaign to break the monopoly of telling stories from the perspective of men. Krystyna Janda is a historic figure for the Polish cinema, and she will perform on Tofifest’s stage to tell a story about Danuta Walesa, a historic figure in the history of Poland. We will have Lech Walesa in cinemas and Danuta Walesa on stage, during Tofifest.

We would like to invite you to this performance, which will take place on 26th October, 2013 at 6 p.m., at the Festival Centre in “Od Nowa” Academic Centre for Culture and Art, in the Bielany district in Torun. Please write to the following email address to receive info about tickets: contact@tofifest.pl. Note! Limited number of seats.

“Danuta W.”, based on the “Dreams and Secrets” book by Danuta Walesa, compiled by Piotr Adamowicz. Adapted and performed by: Krystyna Janda, directed by: Janusz Zaorski.