Tofifest International Film Festival presents films from all around the world 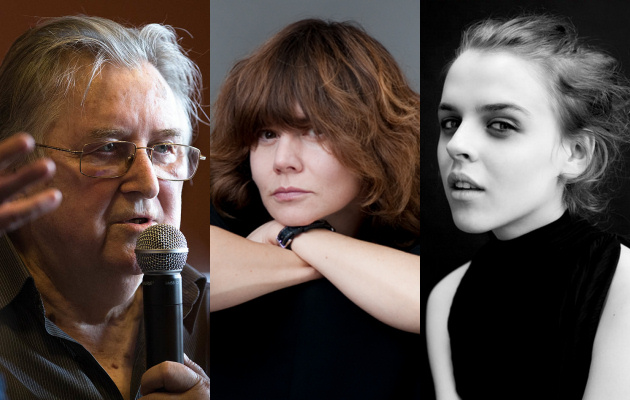 We will show more than 100 films, divided into ten-odd sections and four competitions. There will also be special awards for Polish stars of cinema: Kazimierz Kutz, Malgorzata Szumowska, as well as special visiting guests: Ulrich Seidl, Marian Crisan, and Martin Sulik. And last but not least, we will present reviews of cinema from Colombia, Syria, and Romania. The above are just a sample of the attractions included in the programme of the 11th edition of the Tofifest International Film Festival and announced during a press conference, on Monday.

One of the most interesting film festivals in Poland, which goes by the name of “rebellious”, will start on Monday, 21st October. It will start with an Opening Ceremony, during which two Special Golden Angels of Tofifest for Artistic Insolence will go to the great Polish director Kazimierz Kutz and director Malgorzata Szumowska. Those will not be the only Angles awarded that night, as a Golden Angel for the Best Rising Talent will go to actress Magdalena Berus.

During the festival, you will have an opportunity to watch more than 100 feature films, documentaries, musical films, and animations. Golden Angles of Tofifest will be awarded in four competitions, reviewed by an international jury: On Air for full-length debuts; Shortcut for short films; From Poland for Polish films, and Localisations. In addition, there will also be a review of the Romanian New Wave, which has been highly recognised all around the globe. This section will have a special guest: Marian Crisan, who won Palme d’Or in Cannes. You will also have an opportunity to look at Colombian cinema and films from Syria – a country plunged into a terrible civil war. It is a gesture that Tofifest makes towards Syrian cinema, which cannot continue to function, because of the war.

There will also be a completely separate section, dedicated to the image of women in Russian cinema, under a special patronage by Bella. The pride of this section will be the screening of Shkurnyk (1929), with live music of Marcin Pukaluk, and the awarding of a special Golden Angel for Lifetime Achievement to Krzysztof Zanussi, master of Polish cinema and a great ambassador of Russian cinema.

The Phenomena section will feature the figure of the master of martial arts – Bruce Lee. We have also dedicated our festival poster to this kung fu master, actor and producer. The opportunity came with the 40th anniversary of his death (which falls this year) and the premiere of the legendary Enter the Dragon, which you will have a chance to see at the festival.

This year’s edition of Tofifest will also offer you an opportunity to take a closer look at the film work of Martin Sulik, an Oscar nominee, who is considered one of the most outstanding film directors from Slovakia. Martin Sulik will be a special guest to the festival.

Enthusiasts of cinema will also have a chance to make up for the films they have failed to see, thanks to the Forum 12/13 section, which will include the best films from the last 12 months. As for the Sofia IFF and Cinefest IFF present section, they will include the most interesting films from the two mentioned festivals in Bulgaria and Hungary, respectively. The festival will be accompanied by many non-film events, i.e. concerts, performances, discussions, and workshops.

The Tofifest IFF takes place in Torun, at the Od Nowa Academic Centre for Culture and Art and the Centre of Contemporary Art. The main donators of the festival include the Torun City Hall, the Marshal Office of Kujawsko-Pomorskie Province, the Polish Film Institute, the Ministry of Culture and National Heritage, MEDIA Programme, and Bella.