Shortcut or short films at Tofifest 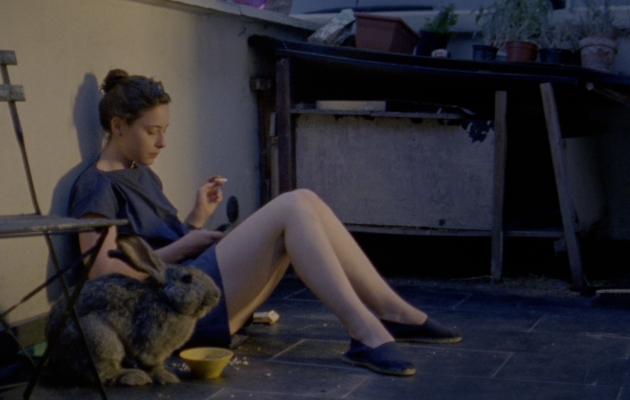 The list of short films to compete for the Golden Angel during the 11th edition of the Tofifest International Film Festival has been revealed. 29 films from 18 countries will be featured in the competition. 24 of them will have their Polish or international premieres. The films have been selected out of more than 2,000 entries.

Every year, the most promising short films from all around the globe are selected for the Shortcut competition. All of them present the modern man, sometimes being very serious, or approaching this issue with a pinch of salt. But the films never fail to be rebellious and uncompromising. As always, this year’s competition has been composed of the pearls of short films.

One of the premieres of Tofifest will be Septembre / September by Salomé Richard. It is a story about Judith, who wants to know the reason why her partner refuses to make love to her.

Enthusiasts of short films will surely appreciate such rarity as the Korean Safe / Se-i-feu by Moon Byoung-gon. It is 13-minute story about the difficulty of getting out of a currency exchange booth, which is this year’s winner of Palme d’Or in Cannes for the Best Short Film.

During Tofifest, you will also have an opportunity to see four other films that had already been screened in Cannes. It will be the Polish premiere of the French 37°4 S by Adriano Valerio, about two teenagers in love, who live on an isolated island in the ocean. Their life crumbles, when one of them decides to leave for ever. The film was awarded with a special mention in Cannes. The same mention was given to the Icelandic Whale Valley / Hvalfjörou by Gudmundur Arnar Gudmundsson – the film will be screened in the Shortcut competition. The film is about a strong bond between two brothers, who live in a distant fjord, together with their parents. The First Prize at Cannes’ Cinéfondation was awarded to Anahita Ghazvinizadeh – an Iranian director, who works in the USA. She is the author of Needle, which tells a story about family problems of teenage Lena. Olena by Elzbieta Benkowska (Polish) is yet another film from the competition in Cannes. It is a touching story about the journey of two young Ukrainians, who are travelling to Sweden, through Poland.

It is also worth paying attention to the English Good Night (Polish premiere) by Muriel d’Ansembourg. Good Night is an intimate portrait of two teenage girls, who spend a night out, without telling anybody. This is the moment when the innocence of a child must face the awakening sexuality. The film was awarded by the jury in Palm Springs.

The next two films have won a multitude of awards is they seem to be just as interesting. The first one is Dream Girl / Traumfrau from Switzerland, directed by Oliver Schwarz – it is a story of a man, who is looking for the woman of his life, but without much success. The film was awarded in Zurich and at the Open Cinema ISFF. The other is More Than Two Hours / Bishtar az do saat, and it is not the first Iranian film in the Tofifest competition. The film by Ali Asgari is a dramatic story about a boy and a girl, who are trying to find a hospital to help the girl, at the break of day. The film was included in the Official Selection in Cannes and won at FilmMakers al chiostro festival and Indianapolis IFF.

The Triangle Affair / Kolmnurga afäär from Estonia received a Special Jury Mention at the prestigious film festival in Clermont-Ferrand, same as Rodri (Polish premiere), directed by Franco Lolli from France. This is a story about Rodrigo, who has been unemployed for 8 years, but has no reason whatsoever to change that situation. In addition to the prize won in Clermont-Ferrand, the film was also awarded with a Special Mention at the Cartagena Film Festival.

The Tofifest Film festival will also feature the Polish premiere of the Italian Cargo by Carlo Sironi, which was nominated for awards at the film festival in Venice. It is a story about a 25-year-old Alina, who works as a prostitute on the outskirts of Rome. One day, she meets a man, who really cares for her.

Luisa is Not Home / Luisa no está en casa is another film that has been recognised in Venice. It is a Spanish film by Celii Rico Clavellino, which was also awarded at the Valladolid IFF.

It is also worth noticing the Korean animated film Love Games by Joung Yu-mi, which is a funny visualisation of the belief that love is a form of a game or a role-play that defines its own rules. The film was presented in the Official Selection at Berlinale. Magma by Pawel Maslona was awarded at Gdynia Film Festival and recognised as the best film in the Short Film Competition. This is a story about Janusz, a shop assistant in a furniture shop, who was very angry with something, but didn’t exactly know what that was.

The following short films will have their premieres at Tofifest: the French Frank-Etienne by Constance Meyer, feature Gerard Depardieu in the leading role; The Norm of Life from Russia, directed by Evgeniy Byalo; the Israeli Honeymoon by Maayan Cohen; the Bulgarian Jump by Kristina Grozeva and Petar Valchanov (Awarded the Best Short Film by the Bulgarian Film Academy); the German Stampede by Cyril Schäublin; the Swedish Whaled Women by Ewa Einhorn and Jeuno Je Kim; the French Ophelia by Annarita Zambrano; Sunday with the family / Le dimanche en famille by Annie Gilser(made in Sweden); the Slovakian Pandas by Matúš Vizár; and the English The Search For Inspiration Gone by Ashley Michael Briggs.

As you can see, the competition for the Golden Angel is a promising one.