Ulrich Seidl will be guest to Tofifest 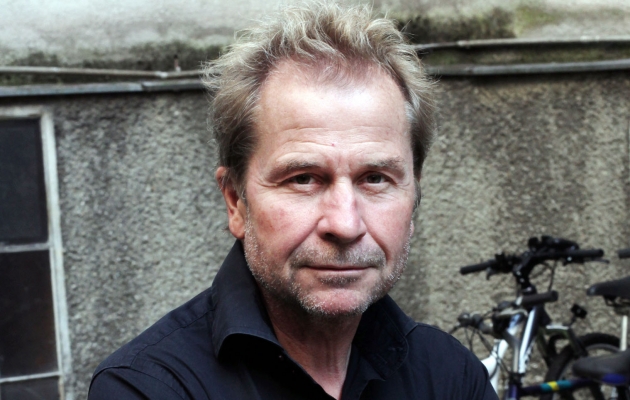 Ulrich Seidl, one of the most controversial film directors in Europe, who is referred to as “the Master of Discomfort”, will be a guest to the 11th edition of the Tofifest International Film Festival. He will receive a Golden Angel of Tofifest for Artistic Insolence, during the festival. He will come to Torun with Margarete Tiesel, who played in “Paradise: Love”.

He won a Special Jury Prize and Cinemavvenire’ Award in Venice, was a winner of Viennale and the Sarajevo IFF, won awards in Karlovy Vary and Yerevan, and was also nominated for Palme d’Or in Cannes. To put it plain and simple – it’s Ulrich Seidl. He is an outstanding filmmaker, who has become embedded in memories of audiences with his documentary and feature films, but particularly with his latest achievement – the touching “Paradise” trilogy. When in Torun, the director will be accompanied by Margarete Tiesel, who portrayed Teresa in Paradise: Love. During the festival, Ulrich Seidl will receive an award for artistic insolence, and meet with the audience, together with Margarete Tiesel, on 25th October. One day later, he will conduct his own Masterclass on directing. It’s important to remember that admission the meeting and Masterclass is free of charge.

The director is very straightforward about the fact that his films are supposed to irritate and hurt: “My films are not to entertain or amuse, but to be intense and touch the audience.” Some love him, while others find him blasphemous. Nonetheless, we know one thing for sure – Seidl is a great artist and his work will leave nobody indifferent.

The director admits that he both loves and hates Austria – the country he comes from. He believes that his fellow countrymen have long been sweeping the topics they feel uncomfortable about under the carpet – the topics he now wants to uncover. Although Austria is constantly “in the background” of his films, they are of universal nature, thus being understood all around the world.

Ulrich Seidl was born in 1952. He started his career in 1980, as a film director, screenwriter, and producer. His first film work was documentaries, including One Forty, Animal Love, Models, or Jesus, You Know. His full-length debut was Dog Days, which won him, among others, a Special Prize of the Jury at the Venice IFF. The film is comprised of six intimate stories that take place in Vienna, during the hottest weekend of the year. Import/Export was his sophomore feature film, which was screened in Competition, at the Cannes IFF. The protagonists in the film are young Europeans, who try to start a better life, in a new place. Unfortunately, they clash with the cruel reality, quite soon.

The last work of the director is a trilogy about the three Biblical virtues confronted with the reality of modern Western civilisation. Paradise: Love is the first part of this feminine trilogy, which is a satire on looking for elusive happiness. In Paradise: Faith the main heroine spends every free minute of her time on missionary activities, as she intends to heal Austria and bring it back on the path of faith. As for the third part of the trilogy – Paradise: Hope, it tells a story about a teenage girl, who participates in a holiday camp for obese teenagers and for the first time in her life becomes ecstatically infatuated with a much older doctor.

The director is currently working on his new film, In the Basement, which is supposed to be a story about the everyday life of people in Austria, and the secrets they keep. Many people are of the opinion that the title contains vague references to the nightmarish story of Joseph Fritzl, who kept his own daughter prisoner in the basement of their own home, for ten-odd years.

You can find more details at www.tofifest.pl. The 11th edition of the Tofifest IFF will take place in Torun, between 21st and 27th October, 2013. The main donators of the festival include the Torun City Hall, the Marshal Office of Kujawsko-Pomorskie Province, the Polish Film Institute, the Ministry of Culture and National Heritage, MEDIA Programme, and Bella.