Mountains May Depart, the masterpiece of one of the greatest Chinese fimmaker on Tofifest 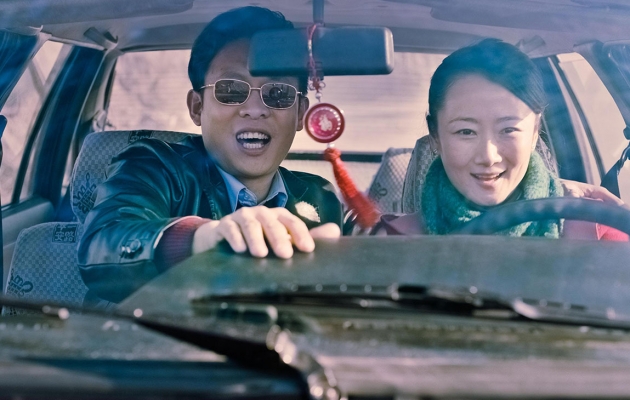 Mountains May Depart (Shan he gu ren), dir. by Jia Zhang-ke, was nominated this year to the Golden Palm in Cannes.

It is a very evocative and poetic portrait of life in a Chinese province. As if in a film essay, the story is stretched over time and space, thus diving the story of Tao -- the main protagonist -- into a number of stages. We meet her back in the 20th century, from where we are transferred to modern China overwhelmed with state-of-the-art technologies. It would seem that a film from the author of A Touch of Sin (Tian zhu ding) is a voice of critique, regarding modern civilisation and capitalism. But it is not that plain -- Zhang-ke does not judge and leaves the plot open for interpretation. That makes Mountains May Depart a film that can be interpreted as a universal story about looking of one's own identity in a constantly changing reality.