TOP 15 films of the festival, as recommended by its director Kafka Jaworska 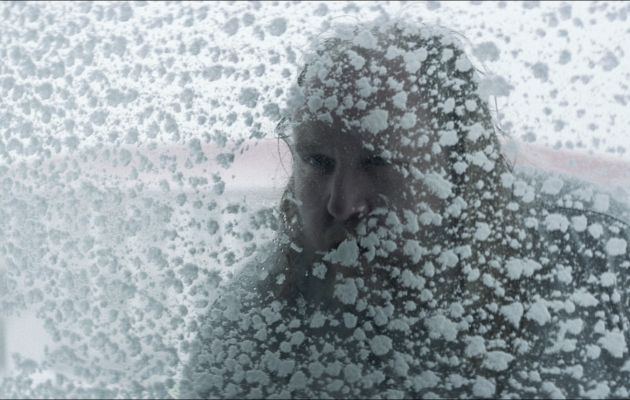 TOP 15 has become somewhat of a tradition of Tofifest and we always publish the list the day before the festival begins. The list includes 15 films, selected from among more than 120 titles, all of which are just our own subjective preferences. After all, we all see cinema differently and each of you will find their own TOP 15, during the festival! And now, let me invite you to the TOP 15 selected by Kafka Jaworska, head of the festival.

A Room with a View
Dir. James Ivory, Great Britain

This film by James Ivory dates back to 1969. It is a romantic story about Lucy Honeychurch, a girl from a good family, who is travelling to Italy, for the first time in her life. An unexpected turn of events and a meeting with handsome George make Lucy transform from a young and inexperienced girl, into a mature woman aware of her feelings. Main cast: Helena Bonham Carter, Maggie Smith, and Daniel Day-Lewis.

SPECIAL SCREENINGS
Screening: Monday, 19th October 2015, at 5:00 p.m., Centre Cinema, 117 minutes / Following the screening, there will be a meeting with Julian Sands

The film by Marcin Wrona, who passed away just recently, was considered an eye-opener at this year's Gdynia Film Festival. The film combines grotesque, thriller, and horror. Protagonists in the film, who are taking part in a wedding party, have to confront themselves with supernatural forces that come to life, during the party. The main roles are played by Itay Tiran (e.g. Lebanon), Agnieszka Zulewska, Andrzej Grabowski, and Cezary Kosinski.

This American film combines three genres: drama, horror, and sci-fi. Donnie, a teenager with personality disorders, encounters a strange character: a bunny man, who slowly takes control over the boy's life. The film by Richard Kelly was nominated many times, among others at Sundance Film Festival. It was also the first of many great performances by Jake Gyllenhaal.

It is the Polish première of the film by Lorenzo Vigas that won the Golden Lion award at the 72nd Venice IFF. The Venezuelan film production brings up the issues of homosexuality and homophobia. It is a story about a complicated relationship between a 50-year-old man from the middle class and a violent, rebellious teenager from the slums. One of the members of the jury that made decisions, concerning awards, at the film festival in Italy, was Pawel Pawlikowski, Polish director and author of Ida.

The film by Amy Berg is a meeting with Janis Joplin – a cult figure in the world of music. The singer died tragically, in 1970, thus joining the mythical "Club 27". The young film director reveals an entirely new face of the legendary singer, presenting previously unpublished letters, footage, and interviews. The film was presented at this year's Toronto International Film Festival. The screening at Tofifest will be its second Polish presentation. SECTION: PHENOMENA – CLUB 27

It is a Polish première at Tofifest. The eldest son of photographer Isabelle returns to his family home. As a result, he must spend more time with his father Gene and a withdrawn younger brother, Conrad. Gene is desperately trying to communicate with his two sons, but the two of them must also confront the feelings about the woman each of them remembers differently. The film was nominated for the Palme d'Or award at this year's Cannes IFF.

The film by Yosef Baraki, which was presented at this year's Berlinale and nominated for the Crystal Bear, is a storey about Mina, a 12-year-old girl. The girl sells trinkets on the streets of Kabul and is the sole family supporter. The raw cinematography based on lukewarm colours exposes the tragedy behind premature coming of age, and the struggle for survival in a world full of danger and risk.

ON AIR MAIN COMPETITION & ISLAM. THE NEAR AND FAR EAST SECTION
Screening: Wednesday, 21st October 2015, at 5:00 p.m., 110 minutes / The film will be followed by a debate: "Should we fear Islam?". Participants: Yosef Baraki (film director), Agata Pospieszynska (expert ion Arabic cinema), Pawel Lisicki (editor-in-chief of "Do Rzeczy" weekly and author of the book titled "Dżihad i samozagłada Zachodu" / Jihad and the Self-Destruction of the West), Artur Zaborski (film critic and expert in Islamic cinema), Od Nowa Club, Big Stage

The film has won the Audience Award at this year's San Sebastian IFF. It is a very evocative and poetic portrait of life in a Chinese province. The film tells a story of Tao, a young woman, set in the Twentieth-Century China, modernised and overwhelmed with state-of-the-art technologies. It is a universal story about looking for one's own identity in a constantly changing reality.

It is a debut documentary by Joe Pantoliano. The film discusses problems of people living in isolation, by offering many conversations with family and friends of the people suffering with depression and other mental disorders, thus providing insight into the reality of fighting the disease and struggling to retain one's own personality, in a world full of anonymity. The film is surprisingly light in its mood and full or unique sense of humour. The director himself is one of the cast.

SPECIAL SCREENINGS
Screening: Thursday, 22nd October 2015, at 5:00 p.m., Centre Cinema, 73 minutes / Following the screening, there will be a meeting with Joe Pantoliano

It is a slightly oneiric story about two brothers. Gummi and Kiddi have not talked to each other in nearly four decades, although they share the same land and live in a similar way. The motivation to fight for survival and dignity comes, when their sheep -- the primary source of income for both brothers -- are struck with a lethal disease, which is practically a death sentence for them. The drama by Hákonarson was awarded in Cannes and screened at the TIFF, and it is also considered to be a strong Icelandic candidate for Academy Awards.

It is the latest film by Rúnar Rúnarsson. It tells a story of Ari, 16, who is living with her mother in Reykjavik, capital of Iceland. One day, he is sent back to his home town in the distant West Fjords, to live with his father. As a result, their relationship deteriorates. The film won the prestigious Golden Shell prize at the San Sebastian International Film Festival in Spain.

It is a debut film by director Magnus van Horn from Sweden, who is a graduate of the Lodz Film School. The film premièred at the Cannes IFF. The main protagonist in the film, John, is released from juvenile detention and wants to start his life anew. It soon turns out that the society he wants to live in still remembers the crimes of his past. It is a combination of Scandinavian minimalism and emotional heavy-weight taken directly from films by Krzysztof Kieslowski. The author of cinematography is Lukasz Zal, who was previously nominated for Academy Awards for his work in Ida.

It is the latest film by director Dagur Kari from Iceland. Fúsi is 43 years old and he is still living with his mother. He works at the airport where he unloads luggage and patiently suffers biting remarks about his obesity from his colleagues. Persuaded by his mother and her partner, he enrols in a course of line dancing, during which he meets Sjöfn. The woman will change a lot in his life. The film has won awards for Best Actor, Best Feature Film, and Best Script, at the Tribeca Film Festival.

The film has won the Golden Clapper Award and the Young Jury Award at this year's Gdynia Film Festival. The film by Marcin Bortkiewicz is a story about the Walpurgis Night that took place on 30th April, 1969. Nora Dedler, an opera singer, and Robert, a modest journalist, meet in a Swiss opera house, shortly after the end of the Turandot opera by Giacomo Puccini. The excellent black and white cinematography by Andrzej Wojciechowski and the brilliant performance by Malgorzata Zajaczkowska create a subtle atmosphere.

FROM POLAND: COMPETITION OF POLISH FILMS
Screening: Wednesday, 21st October 2015, at 8:00 p.m., Centre Cinema, 75 minutes / Following the screening, there will be a meeting with Marcin Bortkiewicz

The film was made in Iran, by Jafar Panahi, in 1995. It tells a story of a little girl, who wants to make a childhood dream come true – the dream is to buy a gold fish. When she finally succeeds, there will be many other challenges she has to face. White balloon is a poetic story about growing up and standing up to problems bigger than ourselves. The film was shot in Tehran.