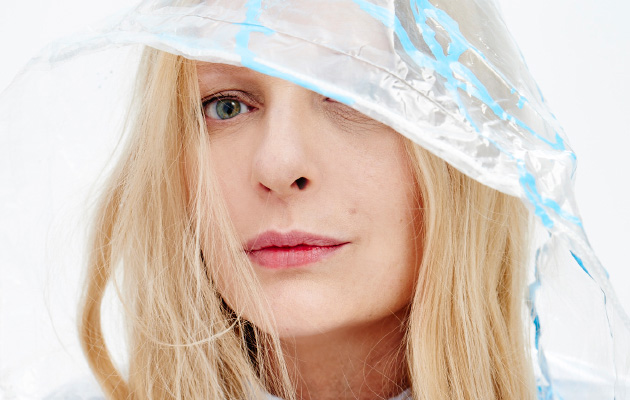 What do Katarzyna Nosowska, Marek Kondrat, Krystyna Janda, and Wojciech Smarzowski have in common? Immense talent and ultimate rebelliousness. And last but not least, they are all winners of an award for artistic insolence given by the Tofifest International Film Festival. Katarzyna Nosowska is going to receive her Special Golden Angel on 21st October, 2017.

“She is an outstanding artist, who creates timeless art,” says Kafka Jaworska, director of the festival, adding that Katarzyna Nosowska is going to officially open the Energy of Film Music section that will make its début at this year's edition of the festival.

She is the author of texts and singer in Hey, she has six solo albums under her belt, and she has won the total of 21 Fryderyk Awards, a Polityka's Passport, and many more prestigious awards and distinctions for her singing, lyrics, interpretations, and even for her creations. However, she has not yet received any award for her rebellious nature. Tofifest intends to make up for that embarrassing negligence and appreciate one of the most expressive figures on the Polish music scene for her tenacity and indomitability that have accompanied her along the entire artistic path.

The great talent of Katarzyna Nosowska is best exemplified by her musical versatility: she has not only made punk and rock music, but also made us infatuated with Agnieszka Osiecka’s songs, taken for a journey through soul music, and led along the path of musical eclecticism. Her voice has also been featured in numerous films.

It is for a reason that it will be none other but Katarzyna Nosowska to show us how to bring the Energy of Film Music out, during the opening of a new section at the Tofifest IFF. Her artistic path has merged with the realm of the Tenth Muse for a long time.

The Energy of Film Music

The anniversary obligates us to do something special, so we have decided to start the 15th edition of Tofifest with a new section that combines film and music, under the name the Energy of Film Music. It will include music and film events based on innovative concepts, comprising, among others, unforgettable concerts and reviews of films made by rebellious film-makers. And all that in an effort, as the organisers have put it, to: “take the audience on a journey through the world of film and music, but seen from a different perspective than the one we are used to.”

The concert accompanying the opening of the section will take place during the Opening Ceremony of the 15th edition of the Tofifest IFF, on 21st October, at the Cultural and Congress Centre Jordanki.

The 15th edition of the Tofifest International Film Festival will take place in Torun, from 21st October to 29th October, 2017.

The Official Sponsor of the “Energy of Film Music” section is Apator.

15th edition of the Tofifest International Film Festival. The primary patron of the festival is the City of Torun. The main partner of the festival is the region of Kujawsko-Pomorskie. The primary sponsors of the festival are TZMO SA and Bella Sp. z o.o. The event is financed from the funds of the Ministry of Culture and National Heritage, and the Polish Film Institute. The event is co-financed by the European Regional Development Fund (ERDF), as part of the Regional Operational Programme for Kujawsko-Pomorskie Voivodeship for the years 2014-2020.