Woody, shoot a film in Toruń! 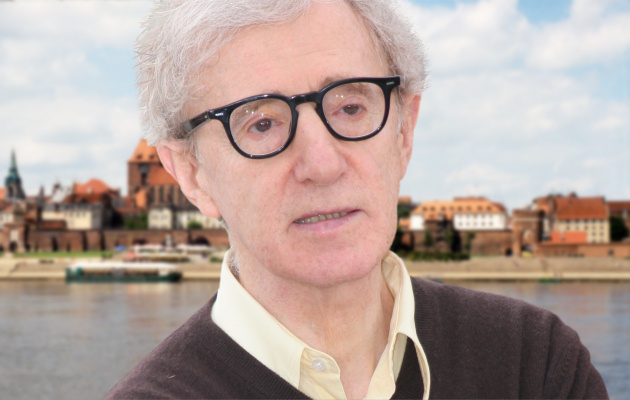 Woody Allen has been making his films in different cities around the world, for many years now. It’s time he’s done in Torun, as this city is both atmospheric and a perfect post for any filmmaker. For this reason, we have started the “Woody, shoot a film in Torun!” campaign.

Woody Allen needs no introduction. The master makes his films in different cities around the globe. We’ve already seen Paris and Rome, while “Blue Jasmine”, shot in San Francisco, is storming into cinemas, and very soon he will start shooting in Stockholm. And what we want is the next of his films to be made in Torun!

That’s why we have started the “Woody, shoot a film in Torun” campaign. We would like to ask every single one of you who wants Woody Allen to make his next film in Torun, to send us a request to Woody Allen via e-mail. We have a special e-mail address for such requests: woody@tofifest.pl. The deadline is 15th September. After that date, all your e-mails will be recorded on a CD and sent to Woody Allen himself.

We must have faith that he will be convinced by this group demonstration of our dedication and strength. We will help him create the best film set in history, once he’s come to Torun. Sure, we can!

E-mails with the most interesting requests to Woody Allen will be rewarded with DVDs.