Smolik and “The Trip” to close Tofifest 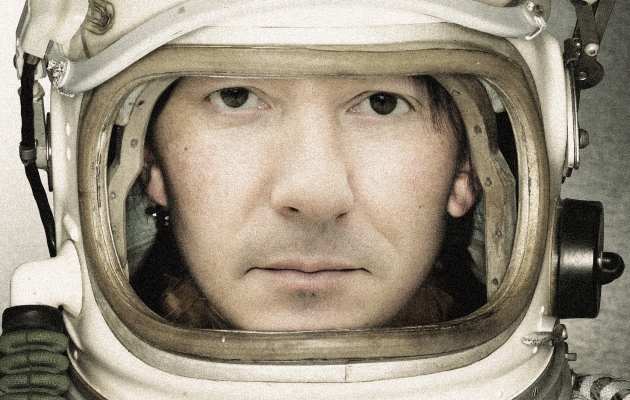 A concert by Smolik, who will present the music from “The Trip” album and the premiere of a film version of this album, shall add splendour to the ending of this year’s edition of the Tofifest IFF, in Torun. The interactive film “The Trip” has been awarded the Webby Award 2013, i.e. an “Internet Oscar”. The director of the film, Dawid Marcinkowski, shall receive a special prize — Flisak of Tofifest — during the Closing Ceremony of the Tofifest IFF.

Smolik needs no introduction to any fan of well-crafted music in Poland. He is an author and music producer, who has already received a multitude of awards. The concert that he is going to play at the end of the festival shall include his greatest hits and the soundtrack to “The Trip”, a film made by the Kissinger Twins. One of the co-originators of this London-based artistic duo is Dawid Marcinkowski (www.dawidmarcinkowski.com), a Torun-born film director and intermedia expert. Smolik’s music and Marcinkowski’s film have blended into one big interactive and multimedia project that feels comfortable to use the potential of the Internet, music, and film. Smolik will be accompanied on stage by, among others, Kasia Kurzawska and Radek “Skubas” Skubja.

“The Trip” — awarded this year with the Webby Award, i.e. an Internet Oscar — is a story about a great hoax of the American government, told by filmmaker Jack Torrance, one of the main characters in the film, who, in 1969, was hired by secret services to “take America to the Moon”. The project also includes a new website, designed specifically for Andrzej Smolik, and an interactive video clip (www.jacktorrancetrip.com).

Smolik will perform on stage at the Festival Centre (the Od Nowa Academic Centre for Culture and Art) on 27th October, 2013 at 9 p.m. He is one of the most important artists on the Polish music scene. When working on his author’s projects, he co-operated with many artists, including: Emmanuelle Seigner, Artur Rojek, Novika, Mika Urbaniak, Kasia Kurzawska, and many others. His albums usually reach the levels of Gold and Platinum Discs. Smolik has won many music-related awards and is recognised by critics and audiences. He is also an undisputed celebrity among Polish music producers. He has produced songs and entire records for such artists as: Krzysztof Krawczyk, Kasia Nosowska, Robert Gawlinski, Maryla Rodowicz and Maria Peszek.

As for Dawid Marcinkowski, he has become world famous for his debut interactive film Sufferrosa, which was presented during Tofifest 2010, and nominated for the Europrix and Webby Awards. Ernie Schenck, one of the big names of advertisement in the world, commented on Marcinkowski: “I see the future of Hollywood here and it comes from Poland”.

During the Tofifest’s Closing Ceremony, the artist will receive a Flisak of Tofifest for an outstanding filmmaker associated with the region of Kujawsko-Pomorskie. The Flisak of Tofifest is an award that is traditionally endowed by Michal Zaleski, President of Torun, and it is the oldest award for regional cinema in the history of Polish film festivals. This award has been given since the very first edition of Tofifest in 2003.

The 11th edition of the Tofifest IFF will take place in Torun, between 21st and 27th October, 2013. The main donators of the festival include Torun City Hall, Marshal Office of Kujawsko-Pomorskie Province, Polish Film Institute, and Bella.

People in the Smolik’s band