ON AIR – The Elite of Tofifest 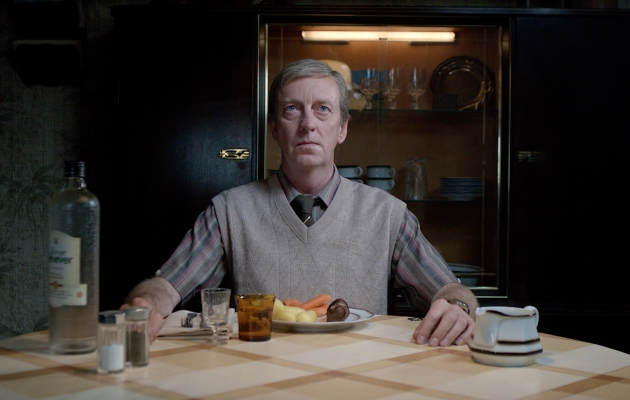 ON AIR is the main competition of the Tofifest IFF and it will feature 11 films from more than ten countries in the world. All of them will compete for the festivals’ Grand Prix – the Golden Angel. Among them, there are truly low-budget titles, such as the Dutch “Matterhorn”, “Rock the Casbah” from Israel, which will take us to a battlefield, or the deeply emotional “The Rocket” by Kim Mordaunt. All of the above are the true elite of Tofifest.

The films in the On Air competition are carefully selected debut and sophomore films of a given director, from all around the world, which enraptured audiences and critics, gained international recognition, and won many awards. The films are as rebellious, as Tofifest itself. They tell a tale of a modern man, who struggles to survive in the world of today, which they find more and more difficult to understand. As many as 8 films in the ON AIR competition will have their Polish premieres. It is worth mentioning that the Golden Angel Award in the ON AIR section comes with 20,000 PLN, funded by Mr Piotr Calbecki, Marshal of Kujawsko-Pomorskie Province.

Matterhorn by Diederik Ebbinge takes us back to the Netherlands, in 1950s. The film won the Audience Award at the International Film Festival Rotterdam. It is a story of a peaceful and pious widower, whose carefully arranged life is disturbed by a wanderer and vagrant. The man takes him into his house, which causes homophobic reactions in the town, but also changes the world of the lonely man.

The Rocket by Kim Mordaunt from Australia has won the Crystal Bear Award at this year’s Berlinale. The film tells a story about a very young boy from a small Laotian village, who is haunted by a curse. It is a heartbreaking, but also an inspiring and very personal story about the boy’s determination, as he must face the unfavourable fate, set epically against the background of a war-ravaged country on the verge of great changes. The film by this Australian director has also been appreciated by Amnesty International, in the form of an award for reminding the world about the fate of children in the countries of Central Asia.

Certainly, one of the most anticipated films is Salvo by Fabio Grassadonia and Maurizio Piazza, which won Grand Prix of the Cannes Film Festival’s Critics’ Week. The film is a story about a mafia hitman, whose life changes completely, upon meeting a blind girl. The Eternal Return of Antonis Paraskevas by Elina Psykou is another film worth seeing, particularly so, as the film emerges from the chaos of the crisis that has been consuming Greece. It is an amazing story about a certain TV showman, who has faked his own kidnapping, to improve his ratings.

This year, this section will feature two films from Poland, for the first time in history. One of them is The Girl from the Wardrobe by Bodo Kox, which has received excellent reviews. It is a debut film by this young director and tells a story about two brothers: Jacek, his mentally retarded Tomek, and the title girl. The fates of the girl and Tomek will soon intertwine, completely changing the life of the latter. The controversial Floating skyscrapers by Tomek Wasilewski is another Polish film that has met with positive reactions. It is one of the first Polish films that deal openly with the issue of homosexuality. The film discusses the violent emotions shared by a triangle of two boys and a girl, who happens to be the girlfriend of one of them. It won the main prize in the East of the West competition in Karlovy Vary.

Frances Ha is a representative of the American independent cinema. It is a modern and comical fairy tale by Noah Baumbach, which will make us dive deep into the atmosphere of New York and take a closer look at friendships, classes, ambitions, failures, and redemption. As for In Bloom from Georgia, it shows precisely the opposite side of femininity. The film takes us back to Georgina in the early 1990s, where we meet two teenage girls – Eka and Natia. The girls must grow up quite fast, as they exposed to male domination, early marriage, and disillusioned love.

Museum hours is a very low-budget film, which is an Austrian and American co-production. It takes us to contemporary Vienna, where lonely Anna meets Johann, a guard in a museum, who is just as lonely. Their “conversations” among works of art circle around the issues absorb the mind of virtually every person on this planet: death, sex, history, theology, and materialism. The film won the C.I.C.A.E. Award at the Locarno IFF.

Rock the Casbah / Rock Ba-Casba by Yariv Horowitz is an Israeli-French film that has also won the C.I.C.A.E. Award, but during Berlinale. This is a story about a unit of very young Israeli soldiers, who have been assigned a task in the Gaza Strip. The next few days spent in Gaza will mark the end of their innocence.

The last film of the competition is a representative of Cuban cinema, which is a rarity at festivals. The Swimming Pool / La Piscina is a Cuban, Spanish, and Venezuelan co-production, directed by Carlos Machado Quintela. It is an oneiric film dominated by silence, telling a story about five students and an instructor, who spend a magical day at the swimming pool.

The 11th edition of the Tofifest IFF will take place in Torun, between 21st and 27th October, 2013. The main donators of the festival include the Torun City Hall, the Marshal Office of Kujawsko-Pomorskie Province, the Polish Film Institute, the Ministry of Culture and National Heritage, MEDIA Programme, and Bella.