Romania at the Tofifest Film Festival in Poland 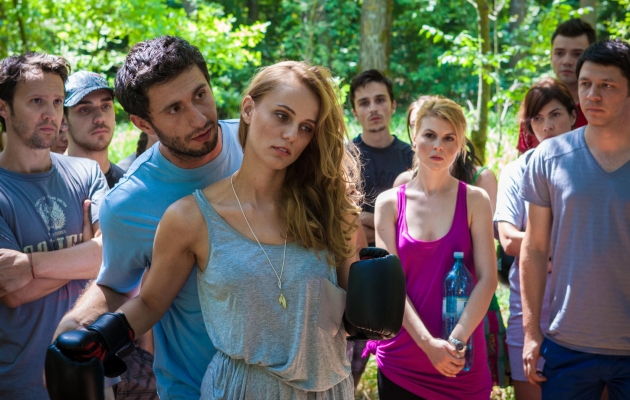 The Tofifest Film Festival in Poland has relied on Romania. The review of the Romanian New Wave and the visit of Marian Crişan shall constitute two of the most important items in the programmes of the festival in Torun.

Marian Crişan is a representative of the New Romanian Wave, winner of Palme d’Or for the Best Short Film at the Cannes IFF (for Megatron, in 2008). Morgen, his full-length debut was the official Romanian entry for Academy Awards. He is considered one of the best directors of the young generation, whom many perceive as the future of artistic cinema in Europe. He has won a multitude of awards, all around the world, including: the Locarno IFF, the “CinEast” Central and Eastern European Film Festival, and the goEast Film Festival. He is going to meet the audience at Tofifest, directly after the screening of Rocker, his latest film.

Rocker is a French, German, and Romanian co-production. The main protagonist is Victor, a man in his forties, who is ready to do everything in his power to help his drug-addicted son. Florin helps him to organise rock concerts, in an effort to rebuild family bonds. The film had its premiere at the International Film Festival in San Sebastián.

The review of the New Romanian Cinema will be one of the most significant items in the programme of the Tofifest IFF. The repressive regime of Nicolae Ceaușescu stopped the development of the Romanian cinema for many long years. When Romania regained its independence, the cinematography of this country located on the Danube River started to awaken from a long-time sleep. After the Cannes IFF in 2010, the following was quoted to have been said about the Romanian cinema: “The Romanians are unable to produce a bad film. It seems to be illegal in their country. Well, at least it is not in their genes.” Today everybody knows that we should keep an eye on the “Count Dracula” of the European cinema, to put it half jokingly.

The New Wave of Romanian Cinema has been gaining international recognition over the past decade for its authenticity and original style. The birth of a new movement was announced, when Cristian Mungiu, 39, a previously unknown director from Bucharest, was awarded Palme d’Or in Cannes for his social drama 4 months, 3 weeks and 2 days.

During the festival in Torun, the audience will have an opportunity to see the winner of this year’s Berlinale, i.e. Child’s Pose by Calin Peter Netzer, the already mentioned Rocker by Marian Crişan, Of Snails and men and Superman, Spiderman and Batman by Tudor Giurgiu, Best Intentions by Adrian Sitaru, Love building by Iulia Rugina, A month in Thailand by Paul Negoescu, The Hand of Paulista by Cristian Mungiu, A Trip to the City by Corneliu Porumboiu, In the Fishbowl by Tudor Cristian Jurgiu, Trafic by Catalin Mitulescu, as well as Everybody in the family and The Tube with a Hat by Radu Jude.

You can find more details at www.tofifest.pl. The 11th edition of the Tofifest IFF will take place in Torun, between 21st and 27th October, 2013. The main donators of the festival include the Torun City Hall, the Marshal Office of Kujawsko-Pomorskie Province, the Polish Film Institute, the Ministry of Culture and National Heritage, MEDIA Programme, and Bella.