Belfer with a stellar cast 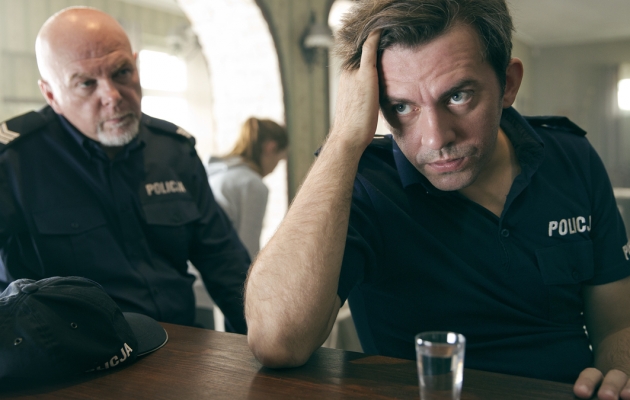 The new crime TV series Belfer, produced for CANAL+, will feature crème de la crème of the Polish actors. The key roles will be filled by Magdalena Cielecka, Piotr Glowacki, Krzysztof Pieczynski, Paweł Krolikowski, Lukasz Simlat, and Jozef Pawlowski. They will accompany Maciej Stuhr, who portrays the title teacher (Belfer). Shooting for the series that involved the best of Polish producers and screenwriters has started in the summer.

Magdalena Cielecka is one of the most recognisable Polish actresses. She was cast, among others, for Katyń, Samotność w sieci, or the Czas honoru TV series. She has been awarded the Golden Lion at the Gdynia Film Festival for her role in Temptation.

As for Piotr Glowacki, he is currently considered to be one of the most sought-after film actors and a winner of the Polish Film Awards: Eagles 2015 for the Best Supporting Male Actor in Gods.

Krzysztof Pieczynski is an actor with countless artistic achievements in his portfolio. He has won awards at the Gdynia Film Festival for the leading roles in the following films: The Big Run, Lake Constance, and Heaven Comes Tomorrow. As of recently, he has played in such films as The Pianist, Jack Strong, or A Grain of Truth.

Pawel Krolikowski is not only famous for big-screen productions, but also for his brilliant roles in such TV series, as Pitbull and The Ranch.

Lukasz Simlata (Drogówka, Wymyk, In the Name of…) can be remembered for his fantastic performance of Stefan Kozlowski in the Krew z krwi TV series produced by CANAL+.

As for Jozef Pawlowski, he is one of the most talented actors of the young generation, who played one of the main protagonists in Warsaw 44.

In addition to the stellar cast, the best Polish film-makers and screenwriters are also involved in this film. The film is produced by Wojciech Bockenheim, who has previously been involved in, among others, My Father's Bike and Mouth to Mouth TV series.

The film is directed by Lukasz Palkowski and Marian Prokop is responsible for cinematography. The author of the original script is playwright Monika Powalisz and writer Jakub Zulczyk. The film will be shot on locations in Warsaw, Chelmza, and Kwidzyn.