This film belongs to women 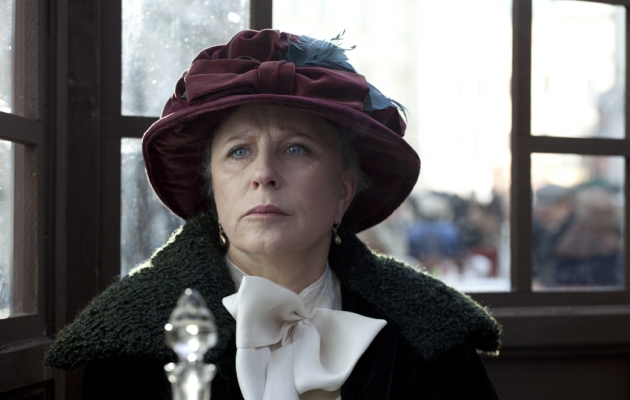 New film of Filip Bajon, authors of cinema hits “girlish marriage ceremonies” and the “early spring” is casting the fresh look at the timeless comedy “Morality of Ms Dulska” for Gabriela Zapolska, moving between three temporal plans: with the beginning of the 20th century, year 1954 but the present. In the select cast among others: Krystyna Janda, Katarzyna Figura, of May Ostaszewska, Mateusz Kościukiewicz, Sonia Bohosiewicz, Katarzyna Herman and Olgierd Łukaszewicz.
Beginning of years 90. To Melanie (of May Ostaszewska), granddaughters of Ms Dulska (Krystyna Janda), Rainer Dulsky is arriving (Władysław Kowalski), professor of psychiatry from Switzerland.
They met at a film festival in Locarno, where Melanie, film director, showed her film. Rainer, a specialist in Jung, the subconscious and dreams, he tracked it down there, because their similar names puzzled him. When it turns out, that Melanie and Rainer they have dreams also identical, concerning the same tenement, Rainer is deciding to come to Poland in order to fathom this secret out. Melanie however he is deciding to make the film about her. As a child, in 1954, because she was a witness of accusations cast by their mother repeatedly (Katarzyna Figura) at the address of the grandmother, for Ms Dulska, for it, "by her serving Hanka died and old Dulska is having blood on her hands". Melanie she is convinced that accusations of the mother are a truth. Making the film, he wants to free himself of the trauma which these memories called.

Oldest Dulska, the one the most ruling, at least - to be perfectly frank - this film belongs to women, they all here they are ruling the iron fist very much, Krystyna Janda is playing - under it is her I wrote this script. Old Dulska is keeping the family together, but is differently than at Zapolska - it is she is a victim, it is she is staying tricked. For her Katarzyna Figura is playing the daughter, the dressmaker which is not only merging is supporting a family, but also her. The mother and the daughter are living together, their relationships enough are stretched, because result from the past which wasn't explained, locked up. We are meeting the second Dulskich generation in 1954, when the Grundyism is trying to accommodate itself to the totalitarian system - he isn't becoming apparent, is falling silent, isn't talking, is hiding somewhere, provided that not to expose oneself politically. - Filip Bajon is betraying.

"Mr Dulskie" it is a universal and timeless story which is making the contemporary spectator aware, that he doesn't only live here and now, in one date, but also lives one hundred years ago, because everything what happened at one time, influences it, influences his history. The man is rooted in his past more than thoughts.

Image of Filip Bajon, being a continuation of fates of the Dulskich family, is becoming part of a trend of the update of the subject matter of the work, of demonstrating the agelessness of the phenomenon of the Grundyism. On the part of the director certainly wreathing the history of heroes with the Polish fate, with important social-political transformations is an innovative treatment. Employing excellent actresses is an undeniable value of the new adaptation: Krystynas of Janda, Katarzyna of the Figure and Maja Ostaszewska which on-screen expressive portraits of "Ms Dulskiches" created