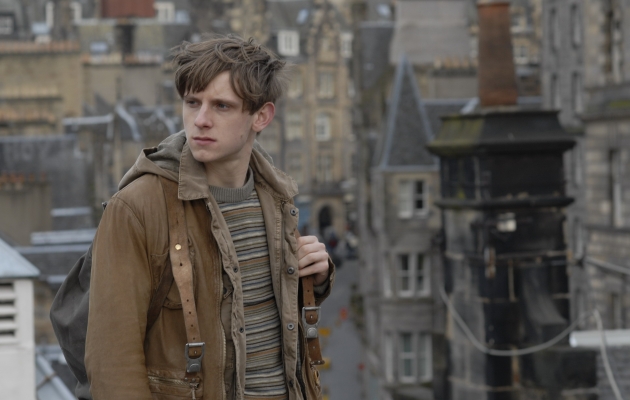 Hallam Foe is a darkly funny, bittersweet coming of age story about a 17-year-old misfit who likes to watch the world from a tree house in the grounds of his father’s house in the Scottish Borders. Hallam Foe is a boy persecuted by mystery circumstances of his mother’s death. Had she drown herself, or had someone helped her with that? Hallam has proof which leads directly to his charming stepmother, Verity. After a confrontation with his step mum, Hallam escapes to Edinburgh. Out of money and out of friends, he finds his tree-top skills well suited to the rooftops of the city, where he lives ferally, attempting to avoid the perils of the streets below and becoming obsessed with a gorgeous girl who happens to look just like his mother.