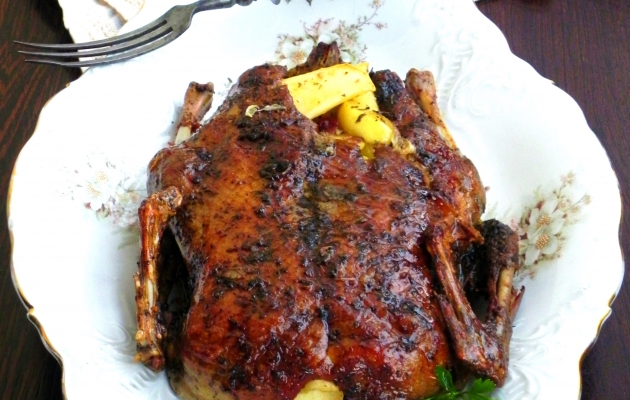 Professor Jarosław Dumanowski, the best expert in Old Polish cuisine, would like to invite you all to La Grande Bouffe of TOFIFEST.

The event takes place on Wednesday evening, 24th October, in Zajazd Staropolski, which is one of the oldest and most atmospheric restaurants in the city. The place combines the traditions of Toruń burgesses and the best aspects of post-war gastronomy. La Grande Bouffe of TOFIFEST will be a perfect opportunity to learn something more about the fascinating traditions of the Polish cuisine, as well as the traditional regional cuisine of Kuyavia and Pomerania — the traditions so magnificently continued by Towarzystwo Przyjaciół Dolnej Wisły i Festiwal Smaku (The Friends of Lower Vistula Society and Festival of Flavours) in Gruczno. There will also be films about eating, as a “kitchen background” for lectures. It has long been a fact that cuisine and cinema have a common history. Let’s quote the famous La Grande Bouffe, after which we have named our happening or the legendary Babette’s Feast or the popular Eat Pray Love.

La Grande Bouffe of TOFIFEST is comprised of a lecture by Professor Dumanowski, concerning Old Polish and regional cuisine, special snacks made according to recipes of the traditional cuisine and a presentation of a film that combines aspects of cinema and cuisine.

Dumanowski is a true guru of Polish scientific knowledge about Old Polish and regional cuisine. He has focused his scientific research on historical anthropology, the history of material culture in modern times and the history of culinary art and food. He is one of the initiators of the edition of Old Polish cookbooks, as part of the Monumenta Poloniae Culinaria Project and one of the pioneers of the Polish historical gastronomy. He was granted scholarship at Maison de Sciences de l'Homme in Paris, where he attended seminars organised by Professor Jean-Louis Flandrin, concerning the history of cuisine and food. He is a member of the International Scientific Committee, one of the editors of Histoire, économie & société magazine published by Paris-Sorbonne University and a member of the editors committee of the Polish “Historia Kultury Materialnej” (History of Material Culture) quarterly, published by the Institute of Archaeology and Ethnology PAN. He is the Assistant Director of the Institute of History and Archival Science of the Nicolaus Copernicus University in Toruń, and head of the Department of Modern History.