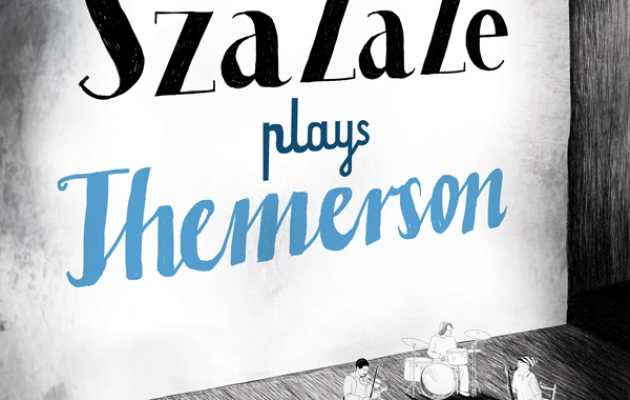 SzaZaZe (i.e. Szamburski, Zakrocki and Zemler) is a group of musicians that belong to Lado ABC, an independent music label from Warsaw. As part of the SzaZa ZapraSza (SzaZa Invites) interdisciplinary artistic meetings, where music merges with dance, paintings, literature and radio drama, the trio has prepared a remarkable soundtrack to the unique films of Stefan and Franciszka Themerson.

The sounds of drums, clarinets, mandolin, violin and mbira combined in evocative and sophisticated productions played online supplement, add and actively comment film work. The evening with SzaZaZe is divided into three parts, i.e. a solo miniature by Hubert Zemler, played on drums and percussion, a concert by the Szamburski/Zakrocki/Zemler trio and a presentation of experimental films by the Themersons, with live background music by the trio.

Stefan and Franciszka Themerson were avant-garde artists. They were the authors of Adventure of a Good Citizen or a manifesto of artistic and intellectual independence.

In the years 1930–1937, Stefan Themerson and his wife Franciszka made five avant-garde films (including, among others, Pharmacy and Adventure of a Good Citizen), using inventive techniques. The film Adventure of a Good Citizen has been preserved, unlike the other pre-war projects. The five films are considered a milestone in the history of Polish experimental and avant-garde cinematography. The films were first and foremost made, using a unique apparatus, which enabled photographing objects placed on a transparent cage, screen by screen. The Themersons were also editors of the f.a. magazine focusing on artistic films.

In 1930s, they made a number of experimental films, using simple equipment and a technical base set in their own flat. The films are still an important part in the history of European avant-garde cinema, next to the work by such authors as: Hans Richter, Man Ray, Fernand Leger or Luis Buñuel. These were, one by one: Pharmacy, Europa, Musical Moment, Short Circuit and Adventure of a Good Citizen. The first two were based on the photogram activation technique. They were presented during special shows, exclusively, evoking controversial reactions of the audience and film critics. The Themersons made the films using a special home-made apparatus, which enabled photographing of objects, screen by screen. This method was a natural development of the techniques used in photograms and the first surrealist films by Man Ray. The concept for Europa (1932) was a result of reading a futuristic poem by Anatol Stern, published in 1929 with graphic work designed by Mieczysław Szczuka and Teresa Żarnowerówna. The film was supposed to be a visual equivalent of the catastrophic vision of Europe, succumbing to its own doom, according to the way it was portrayed in the poem. It was only possible to salvage individual frames of the film, as well as the film Europa II made by Piotr Zarębski. The previously missing film Pharmacy has also been reconstructed, this time by an American artist, Bruce Czeczewski. Musical Moment and Short Circuit were made as commercials to be presented as a supplement, during screenings of fiction films. Their high artistic quality attracted more attention of some of the critics, than the fiction films they accompanied. Until today, the films by the Themersons are presented at avant-garde film festivals, all around the world.