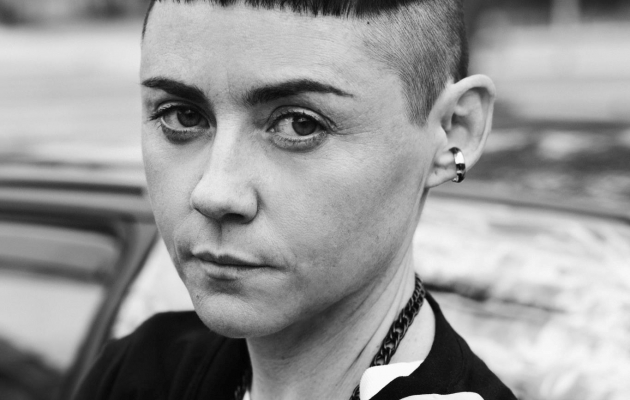 She is the top Polish scandalmonger, who has recently openly stated that “she wanted to die”, in an interview for “Polityka” weekly. Maria Peszek will start her tour in Od Nowa in Toruń. She has recently recorded her third solo album, titled Jezus Maria Peszek. The album was released on 3rd October 2012 and “it is a very personal, powerful, brutal and yet beautiful music”, according to the artist.

Peszek has already won awards at Przegląd Piosenki Aktorskiej (Festival of Singing Actors) in Wroclaw, Dwa Teatry (Two Theatres) Festival in Sopot, two Fryderyk Awards and Paszport Polityki (Polityka’s Passport), and reached the Gold and Platinum Disc levels with her albums. The artist has already released two albums, which have won wide recognition: Miastomania (2005) and Maria Awaria (2008). The debut album won two Fryderyk Awards in the Music Production of the Year and New Face of Phonography categories. The latter was produced by Andrzej Smolik and it reached the Platinum Disc status.

The new album closes the musical triptych that includes the two previous albums. The artist admits that both previous albums were creations, but Jezus Maria Peszek is an authentic chronicle of the latest period in her life: “I would like to clarify it right from the very start that the album is about me. The previous albums built a form of shelter for me, but this time I needed a simple voice to convey a brutal message, which required a peculiar aesthetics”, Maria Peszek said, during an interview in Radio Three.