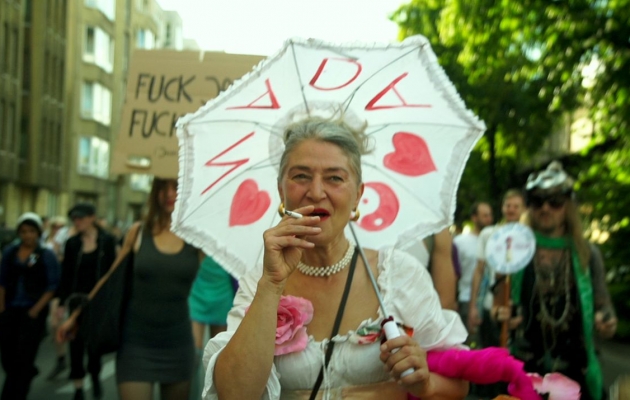 Danny is a young Norwegian, who has always had problems with finding a common language with his family. He decides to leave his home and try to find a place for himself, yet again. When in Berlin, he meets Fuck For Forest band, who are collecting money to save the environment, by selling their amateur porn films in the Internet. Band’s leader Tommy and his two partners Leona and Natty have established an organisation that hopes to save the Amazon jungle and free the world of sexual constraints. Danny likes the idea of free sex in a commune, the noble goal of saving the world and being free of bourgeois values.