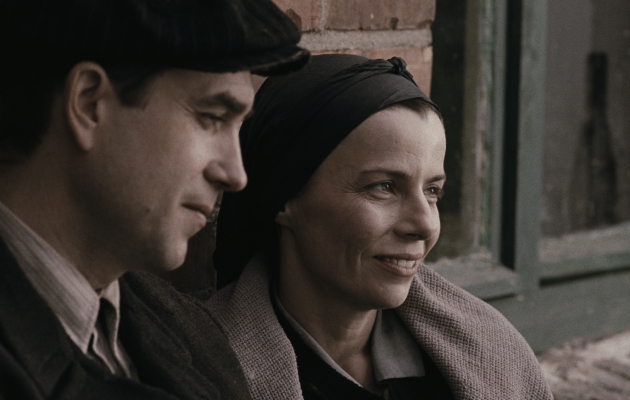 It is summer 1945. Tadeusz is a former soldier of the Armia Krajowa (Home Army), who lost everything during the war, is going through Mazury (Masuria). He was spared nothing, including witnessing the death of her own wife, murdered by Nazi soldiers. He finds a German soldier’s widow — the soldier Tadeusz saw die. An evangelical pastor directs Tadeusz to the house where Rose lives and warns him that the woman had recently lost her daughter. Rose lives all by herself, on a large farm. She treats Tadeusz rather coolly, but lets him stay for the night. Tadeusz repays the hospitality, by clearing a potato field of mines. It is hard for Rose to admit that she requires much more than that — first and foremost protection against looters and bands of marauders, who frequently trespass on her property. Gradually, Tadeusz learns about the reasons for her loneliness — only a few months earlier, the farmyard was a Russian headquarters and the commanding officer treated her, as if she had been his mistress...

Wojciech Smarzowski was born in 1963. He has graduated from the Faculty of Cinematography at the Film School in Lodz. He also studied film studies at the Jagiellonian University. He is an author of commercials, music videos, TV series and documentary films.