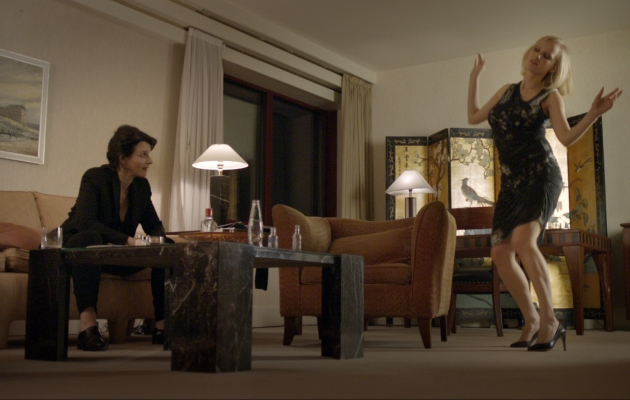 Anna, a journalist for a luxurious women’s magazine, is preparing an article about sponsoring. When working on the material, she meets two call girls — Charlotte and Alicja. The girls introduce her to the world of paid love, which Anna finds surprisingly attractive. It also helps her reveal the shape of her own marriage. Sex, money, men and love will never be the same to her... According to the words of the director: “It is now a fact that some young students in France get involved in prostitution to pay for their education. (...) We wanted to present the prostitution among students, first and foremost in the context of emotionality and sexuality of women.”

Małgorzata Szumowska was born in 1973 in Krakow. She is a Polish film director and screenwriter. In 1998, she graduated from Department of Film Directing at Lodz Film School. Earlier, she studied history of arts at the Jagiellonian University, for two years. In 2001, she became a member of the European Film Academy. Her films, school etudes and documentaries have been awarded numerous times, all around the world (Cannes, Locarno and Sundance). Her work is mainly distinguishable for an individual perspective and a hint of seriousness that give significance to issues and people, who are not in the spotlight.