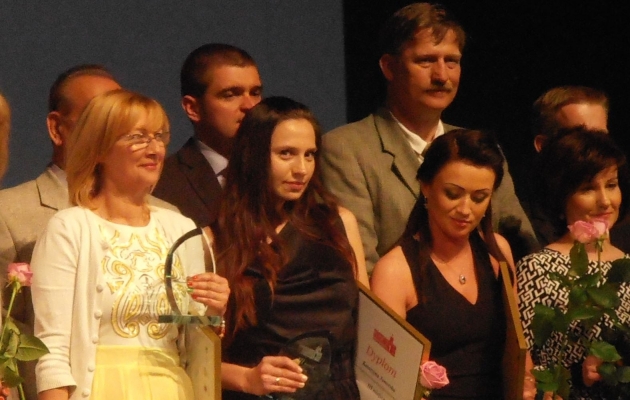 Kafka Jaworska, the director and founder of the International Film Festival Tofifest, was named Entrepreneurial Woman of the Year 2013. This is the most important business award given to women in the Kuyavian-Pomeranian region.

The Jury, which comprised of important women from Kuyavian-Pomeranian political, business and art circles, decided to honour Jaworska as one of three “Entrepreneurial Women of the Year 2013”. The award was presented during a gala at the Opera Nova in Bydgoszcz.

This is another “Tofifest” award for Jaworska. She has already won the Golden Carriage in 2006, the title of Cultural Personality of the Year 2012, a special award of the Marshal of the Kuyavian-Pomeranian Voivodeship and has received numerous nominations for the title of the Woman of the Year.