Tofifest 2014: A Silver Lion at the beginning and Brad Pitt at the end 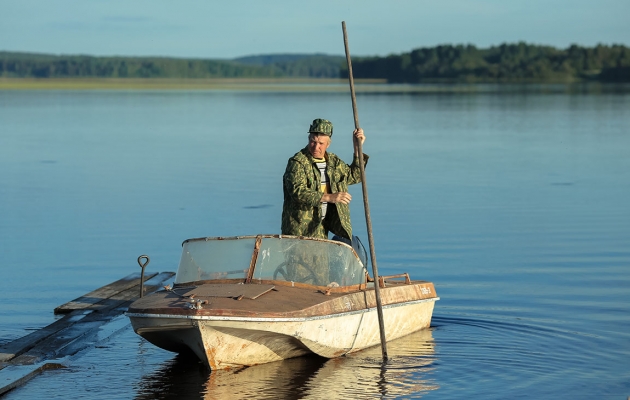 The opening film for the 12th edition of the Tofifest IFF is The Postman’s White Nights by Andrei Konchalovsky, which won the Silver Lion at this year’s Venice IFF. The closing film will be the Polish premiere of the American film epic Fury with Brad Pitt in the leading role. The festival will present 16 sections with the total of more than 150 films from 50 countries.

The opening film of Tofifest 2014 is a brilliant story about a postman, set in a Russian village completely detached form the outside world – the film is considered to be one of the most personal pieces of work made by this Master of Cinema. The Postman’s White Nights is a truly unique film. It takes us on a journey to a Russian village near the polar circle and close to Arkhangelsk, which is virtually cut off from the world. The only way to get there is to cover a lake in a boat. The only man that provides any connection with the outside world is postman Aleksey Tryapitsyn. In fact, it is a real person. In this film, Konchalovsky decided to use real stories and real people. The final result of this strategy is a fascinating poem about people and their feelings, and about the micro-universe of the village they live in.

“I care not, whether this film will win any awards, whatsoever. The important thing is for the people to be interested in it, which is not a blockbuster and comes straight from my heart,” said the director in an interview, after winning the Silver Lion.

It took Konchalovsky an entire year to find a man, who would play in the film. It was pure chance that he found postman Tryapitsyn. “When shooting the film, I was not looking for picturesque landscapes, but I filmed the place the protagonist of the film actually lives in,” say the director.

Andrei Konchalovsky is famous for such blockbusters as Tango & Cash with Sylvester Stallone or Runaway Train with Jon Voigt; however, this time we get to see his other face. The film is a very quiet one and it conveys a universal message. It is worth adding that this is not the first time that Konchalovsky has dealt with the subject of life in a Russian village. He has previously analysed it in his The Story of Asya Klyachina and Ryaba My Chicken (a.k.a. Kurochka Ryaba).

Andrei Konchalovsky is a winner of the Golden Globe, a number of nominations for Academy Awards, an award at Berlinale, a Jury Prize at Cannes, a Crystal Globe in Karlovy Vary, and two main awards at the San Sebastian IFF. When you have watched the story of postman Tryapitsyn, it will go without saying that his collection of awards had to be supplemented with a Silver Lion from Venice and the film is a perfect opening for Tofifest 2014. 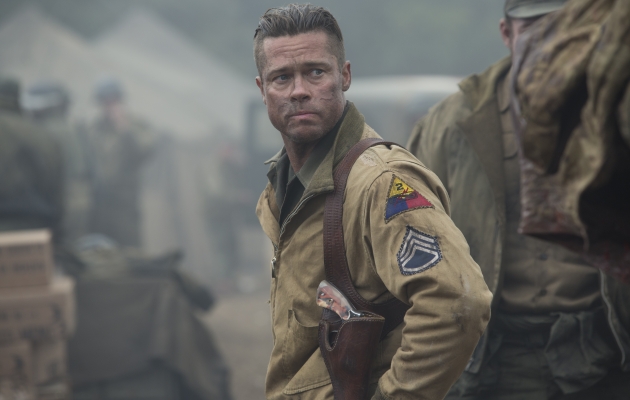 Konchalovsky opens Tofifest 2014 and Brad Pitt completes it with the fascinating Fury. Brad Pitt portrays a commander of the Sherman tank under the pet name “Fury”, which embarks on a reckless mission against Nazi Germany. The new film by David Ayer and Brad Pitt in the leading role mesmerises with its grand scale and knocks us down with the accuracy of depicting the reality of a war. Film critics have already claimed the film to be one of the strongest candidates for Academy Awards. The Polish premiere of the film will take place during the Closing Ceremony at the Tofifest International Film Festival.

This time, David Ayer – the author of End of Watch – takes us on a journey to Europe engulfed in the fires of WWII. It is April 1945. The Allied Forces annihilated the German Army in the Battle of the Bulge (in the Ardennes) and they are marching on straight to Berlin – Hitler’s Germany will fall in a month. Sergeant Wardaddy (Brad Pitt), who is famous as the battle-hardened and courageous commander of the tank which goes by the pet name Fury, is assigned a special mission. He and his crew will have to undertake a secret mission behind enemy lines and face much larger enemy forces.

The afore-mentioned by no means enough to convey the things we will see in the film. The sentence repeated in each of the official trailers – War Never Ends Quietly – is a promise of a great show. The grandeur of this film has already been confirmed by those film critics, who had a chance to see a preview of Fury. A film critic for New York Times wrote: „It promises to be one of the most daring studio movies in an awards season.” No wonder. There already many legends about David Ayer roughing up the entire cast and depicting the reality of war to the maximum possible extent. All scenes shot for Fury were made with so much dedication that one of the stunts was seriously wounded with a bayonet, when a combat scene being filmed got all too real. Shia LaBeouf admitted that the scar on his face was not part of make-up, but an actual cut. The actor had cut his own cheek and had one of his teeth removed by a dentist and all that to give the tanker Boyd “Bible” Swan as much authenticity as humanly possible.

Fury is by no means the surrealistic Inglorious Basterds by Quentin Tarantino, which also starred Brad Pitt. Quite the opposite, as it is a powerful and realistic film – a true knockout and definitely the best war film since Saving Private Ryan.

Fury has not yet hit cinemas, but it has already been noticed by pop-culture. Wargaming, a company from Belarus that has won international computer game markets with its immensely popular World of Tanks, has promised to include the cult “Fury” Sherman M4 in the game. Furthermore, players will have an opportunity to participate in a number of special missions strictly related to the film.

The Polish distributor of the film is Monolith Films. Fury will be released for cinemas on 24th October, at the very end of the Tofifest IFF.