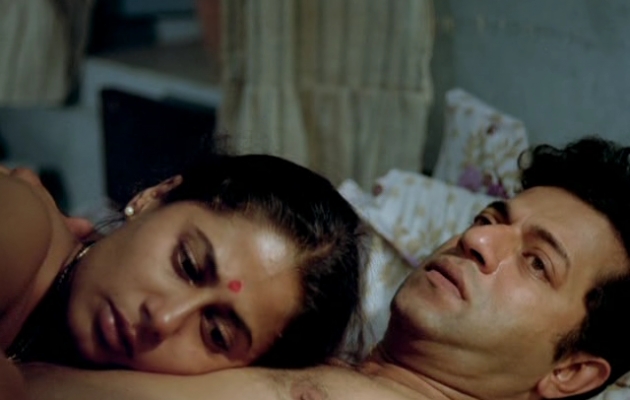 Against the disapproval of her family, Savitri seeks out a career as a social worker at an institute for troubled and abused women. Savitri begins to balance the demands of her work, local businessmen, and politicians. But when she is blamed for the death of two inmates, Savitri has to choose whether to fight the charges or return to a family of virtual strangers. Smita Patil as Savitri plays a woman growing beyond the gentle limits firmly imposed by a progressive though patriarchal family.

Jabbar Patel has been actively involved with theater as much as filmmaking. His production of Ghashiram Kotwal has been internationally acclaimed. His first film Samanaa, 1975, was he official entry at the Berlin Film Festival. This was followed by a musical he made for the legendary musical family of India, the Mangeshkars. His films Sinhasan and Umbartha remain milestones in modern Indian cinema. Apart from feature films he has made several documentaries on cultural luminaries. Jabbar Patel is a medical doctor by profession and has been in practice since 1971.