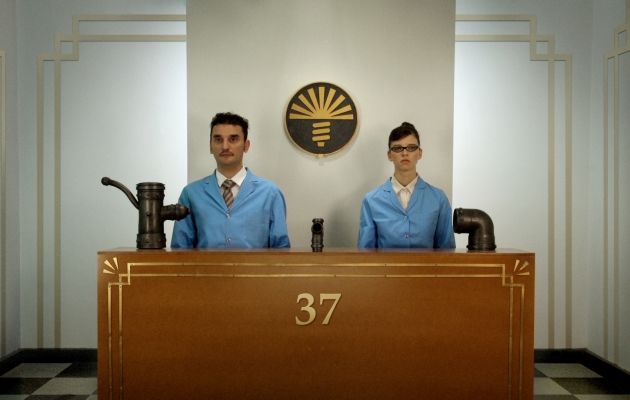 The film tells the story of a man living in a world controlled and timed by light. Every morning, the inhabitants of that world are woken up and pulled to their jobs by sunlight, as if this was some sort of magnet. The main character has a routinary job in a factory that makes electric bulbs. But he has something else in mind that could change the order of things.

Juan Pablo Zaramella was born in Buenos Aires, Argentina. He is director and animator. After his graduation at the Instituto de Arte Cinematografico de Avellaneda as an Animation Director, he started directing and animating his own films.