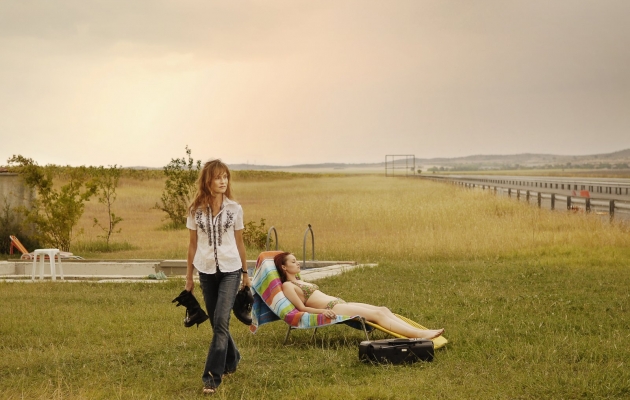 A family’s peaceful existence is threatened when a busy highway is opened only meters away from their isolated house in the middle of nowhere. Refusing to move, Marthe, Michel and their three children find innovative ways to adapt to their new environment. They continue their happy-go-lucky routine despite the daily stress of hundreds of noisy speeding cars. But suspicions about the highway’s unknown long-term dangers cause family tension. Remaining in the disrupted household might not be so easy, but it’s still their home.

Ursula Meier was born in 1971. She is a French-Swiss film director, who graduated from Belgium’s Institut des Arts de Diffusion (Institute of Visual Arts). In 2008 she received the Best Director award at the 2008 Festival du Film Francophone d’Angoulême for her first theatrical feature, Home, which won also the 2009 Swiss Film Prize for Best Film as well as Best Screenplay (shared with Antoine Jaccoud). Her recent film, Sister, has been selected as the Swiss entry for the Best Foreign Language Oscar at the 85th Academy Awards.