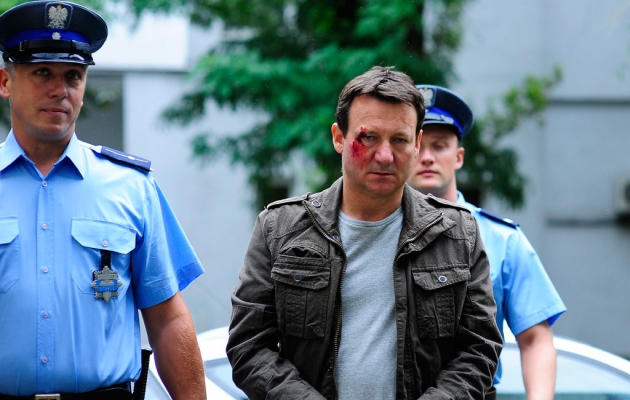 Your life can change completely in just a split second. Alfred is living on the edge with his passion for speed and adrenaline, while his brother has the courage to run their joint company. They are different from each other in every aspect — women, business and attention of their parents. Alfred’s jealousy turns into an open conflict. That day Alfred will do something that will change his life forever. Here is how the director described the main protagonist: “I always try to present the people on screen as complex and ambiguous. My attention is focused on their attitudes towards extreme circumstances. It is often the case that their reactions contradict the habits or points of view they have declared to have, when confronted with unexpected situations. When exposed to such situations, they instinctively show deeply hidden traits of their character. (...) When nailed down, they writhe and defend themselves with tragicomic grimaces on their faces. Finally, forced by the surrounding, they take off their everyday masks, thus preserving the most important thing in their life — love. And this is the story told in the film.”

Grzegorz Zgliński (Greg Zglinski) was born in 1968. He is a film director, producer, screenwriter, editor and composer of film scores. In 1996, he got his certificate for the completion of studies at the Film School in Lodz, where Krzysztof Kieślowski was his artistic mentor. He lived in Zurich for 15 years, where he played the guitar in rock bands. He is also the director of such TV series as: Paradox, The Londoners and Pitbull.