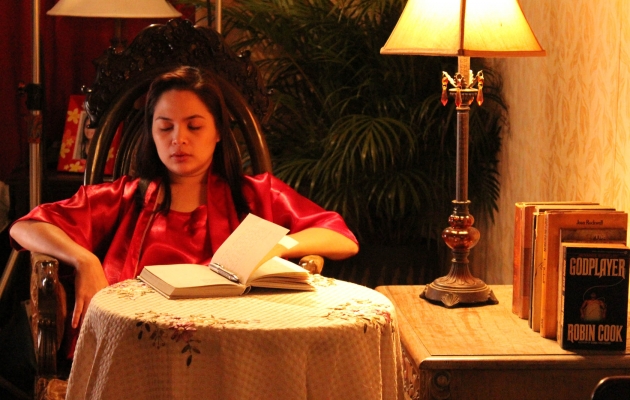 The death of Mariel was met with such hurt by her three closest friends. But it was her best friend, Carla that she leaves a most special gift, a box full of her diaries through the years. Carla has been Mariel’s friend since their high school years; they have practically shared everything in their lives together. Their two other girl friends, Sandra and Olive formed the quartet who would get together ever so often and served as a mutual support system. Despite warnings from Sandra and Olive not to read the diaries left behind by Mariel, Carla could not help herself to find out what was written on those volumes of handwritten materials. True enough, what she discovered completely shattered all her perceptions and beliefs of the friendship shared by the four women through the years. Inside those diaries were all the little secrets that the women kept from one another.

Jose Javier Reyes is among the finest writers and directors for film and television in the Philippines. He is a multi-awarded director, screenwriter, playwright, essayist and a highly respected educator. His notable works as writer and director include the films Katas ng Saudi, Sakal, Sakali, Saklolo, Kasal, Kasali, Kasalo, I want to be Happy, Kutob, Spirit of the Glass, Malikmata, Nang Iniwan Mo Ako, Makati Avenue Office Girls, Hindi Kita Malilimutan and Bakit Labis Kitang Mahal?. He has won recognition from important and major film festivals and institutions.