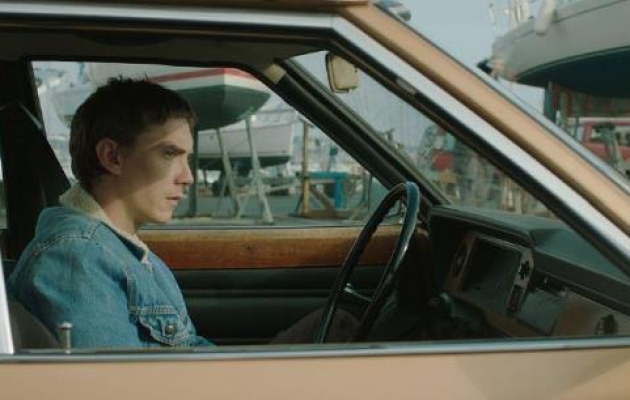 Crawl is set in Brittany and tells a story of a romance between Martin and Gwen. He is a young man, who lives on casual work and petty thievery. Her passion is swimming and she practices everyday, swimming far into the sea. Their life together changes completely, when she becomes pregnant and he is unexpectedly accused of murder...

Hervé Lasgouttes was born in Montmorency (France) in 1963. He from Ecole Nationale des Arts Décoratifs. In 2000, he directed his first short, Un Arabe ouvert, winning the Grand Prix at the Vendôme Festival. The film marked the beginning of his professional relationship with Loïc Delafoulhouze. This collaboration continued with Elle Ou Une Autre (2002), 220 Bonnes Raisons (2005) and Crazy Glue (2007), finally resulting in the making of first feature film Crawl.