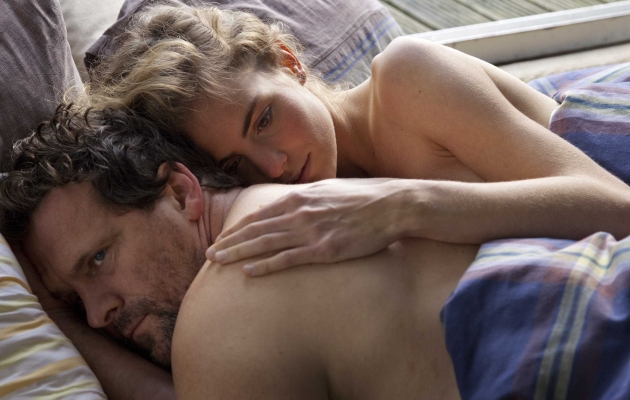 Hemel fights a guerrilla war with every man in town, looking for the difference between sex and love. Hemel has lived closely with her father Gijs since the death of her mother. Gijs has an endless string of women attached to him, but Hemel feels that none of them is a threat to their exclusive relationship. This changes when Gijs falls in love with the young auctioneer Sophie. In “Variety” Boyd Van Hoeij wrote about this film: “Hemel at first feels like a Dutch female version of Shame. But unlike that recent film, helmer Sacha Polak’s debut pays equal attention to the complex family bonds that underlie its protag’s psychological makeup and inform her actions. Beautifully lensed look at the moment just before a daughter has to let go of her father should travel extensively and turn Polak into a name to watch.”

Sacha Polak was born in 1982. She graduated in 2006 from The Netherlands Film And Television Academy with her short film Teer which was selected for a number of international film festivals. Her short films El Mourabbi (2007), Drang (2008) and Under the Table (2008) followed. In 2009, she took part in the Directors’ Lab at the Binger Filmlab. Hemel is Polak’s feature film debut.