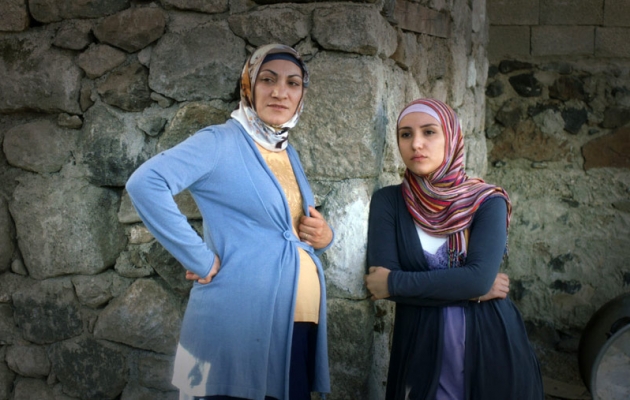 Kuma tells the story of two women: Fatma is around 50, a housewife with six children. She lives in Vienna but grew up in Turkey and clings stubbornly to the traditions and values of the old country. Ayse is 19, and the film begins with her wedding in rural Turkey, to Fatma’s son Hasan, 21. However, when the family takes Ayse to Vienna this is revealed as a charade… for Ayse is to be the kuma (second wife) of Fatma’s husband Mustafa, 60. Fatma has been diagnosed with cancer and she fears for her family’s future if the treatment is unsuccessful and she dies. But Ayse fulfils her role here with tact and determination, taking care of the family while Fatma undergoes chemotherapy. Both women are pleased when Ayse becomes pregnant, and the baby brings reconciliation with Nurcan. Gradually the two young women become close.

Umut Dag was born in 1982. He grew up as the oldest child of a Kurdish immigrant family in Vienna’s district Brigittenau. After finishing the Vienna Business School, he began to study international development, theology and pedagogy. Since 2006 he studies directing at the Vienna Film Academy under Peter Patzak and Michael Haneke. In 2011 his film Papa won the First Steps Award for the best medium-length film.