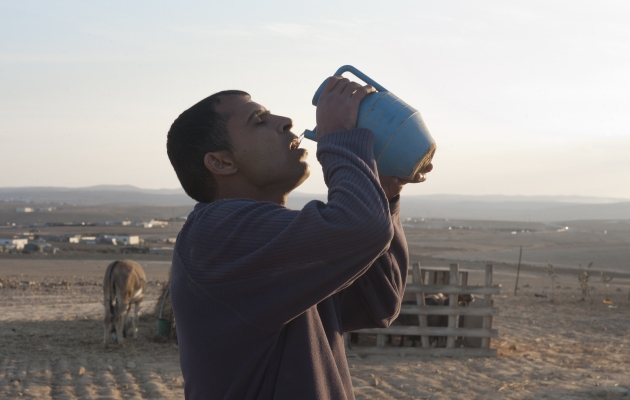 Kamel, a young Bedouin, is a proud security guard at the Be’er Sheva central bus station. Kamel lives in a small, unrecognized village in the desert. The leader of the village is Kamel’s brother, Khaled, who works in construction jobs and is married to 21 year old Nadia. The relationship between the two brothers is tense mainly because Khaled doesn’t approve of Kamel’s job. One day Kamel returns from work to discover a demolition order delivered by the authorities. The next day Khaled stops going to work and remains in the village, keeping watch, ready to resist the evacuation forces when they come. Kamel understands that the fate of the village is upon his shoulders. During one of his shifts an idea comes to his mind. He carefully assembles a small bomb, takes it in a bag with him to work at the central station where he places it under a bench, unseen. Several seconds go by before he “discovers” the bomb. Just as he had hoped, police forces and reporters rush to the station. For a few moments he is treated as the hero of the day...