Szumowska: “I am not an opportunist” 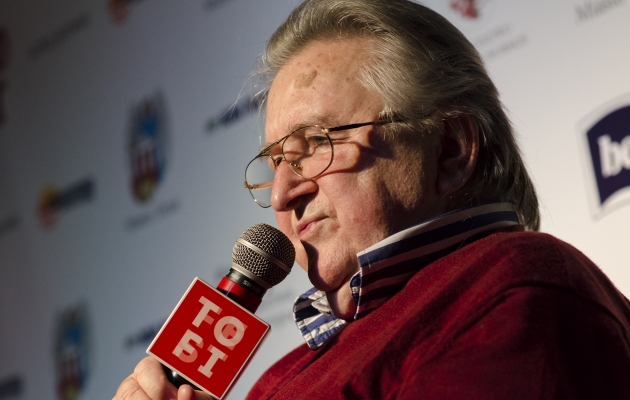 The second day of Tofifest was dominated by the first screenings in the four competition sections: Shortcut, Localisations, From Poland, and On Air – the most important of them all. The audience had an opportunity to meet, among others, with Romanian director and winner of Palme d’Or in Cannes Marian Crisan, and the screen will be filled soon with Bruce Lee himself and the legendary “Enter the Dragon”.

The most significant competition of the Tofifest festival featured Salvo – the debut film by Fabio Grasadonia and Antonio Piazza, which was awarded at the Venice IFF – a story about a mafia hitman, whose life is reformed by a blind girl, and The Eternal Return of Antonis Paraskevas – the debut film by Elina Psykou from Greece, which portrays a TV showman, who faked his own kidnapping.

Tuesday was also marked by meetings with filmmakers. The audience had a chance to talk to Magdalena Berus, Kasia Klimkiewicz, Marian Crisan, and authors of short films.

Let’s take this opportunity to come back to the meetings on the first day of the festival. Malgorzata Szumowska, winner of this year’s Golden Angel for Artistic Insolence, was asked whether her artistic work could be considered opportunistic, in its nature. “Definitely not. The subjects in my films are selected, based on my inner concepts and needs. My films are ambiguous, often made in the dark, so to speak, in order to inspire people to talk about them, and not make them popular.” The director also admitted that premiers of her own films were the thing she hated the most in her work, as a filmmaker. She also said that she was not a frequent guest at festivals. She said that her only goal was to make films and all her energy was devoted to that.

Film enthusiasts also had a chance to meet with Kazimierz Kutz, one of the most outstanding representatives of the Polish Film School, the author of the so-called Silesian Triptych, a great community worker and politician. This year’s winner of the Golden Angel for Artistic Insolence commented on the role of Silesia in his private and professional lives, the need for identity and about the problems faced by the young Polish cinema. The master of cinema was very straightforward, when talking about himself and Silesia: “I told myself: you come from a foul land, where people work very hard; the only thing you can do in your life is to become exceptional.” He admitted that it was only the time he had spent at the Film School in Lodz, which made him realise that his ethnic affiliation could become his chief asset, instead of being only a burden. The master also called for fighting for Polish culture: “If we do not have our own culture, our society will become wilder and wilder.” When asked about the path in life that he thought was best to follow, Kutz replied: “How to live? Follow your own path. Be a good person (…) and pursue your goals. You live to make something extraordinary in your profession. If you follow a different path, you live in sin.”

Let’s go back to the Tuesday at Tofifest. The event of the day was the screening of the film Shkurnyk with live music. It is a Russian film, made in 1929, which is part of the section devoted to the image of woman in Russian cinema, held under the patronage of Bella.

Another of the important events will be the screening of the legendary Enter the Dragon with Bruce Lee. Let me remind you that Bruce Lee is the “face” of Tofifest 2013. This was the way in which the festival in Torun celebrated the 40th anniversary of his death and the premiere of the famous “Enter the Dragon”.

It was also possible to see the Czech-Slovak Landscape and Romanian Rocker – directed by our guest, Marian Crisan. Finally, the sections devoted to Colombian and Syrian cinemas presented their first films.

The day will end with a concert by DJ Sebx, at the “Dwa Światy” festival club.